VAAM is the assembly concept for KHVATEC’s main product line and mechanism module. The hinges and sliders to which core components are attached are some of the major examples. VAAM increases the value of the customer’s product line.

VASA is an advanced concept over VAAM. It’s a technology that adds carious electrical components and external parts to the module made through VAAM to provide higher value and expanded assembly. VASA is KHVATEC’s unique business concept which differs from EMS. The system provides both higher quality and superior technolohy while still ofeering better cost competitiveness. 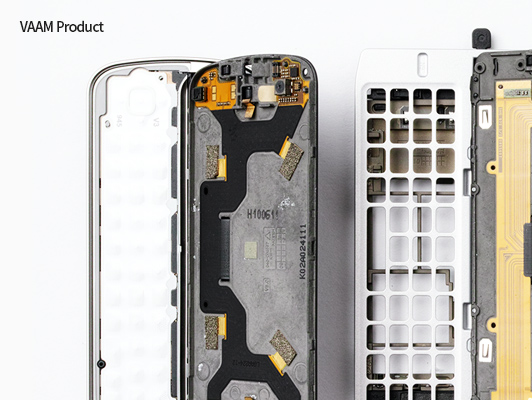